Should fermented beer be kept in the dark?

If you've ever fermented anything or know someone who has, then you've probably heard that a dark environment is best for this task. If you are not familiar with homebrewing, you may be wondering if this rule applies to beer as well. I know when I first started my own brewing journey, I definitely had my doubts about this.

Maybe you have more brewing experience now and are just curious if you would do any damage to your brew baby dark as pitch if you transferred the beer to a secondary fermentation vessel without the room working.

Or, maybe you want to ferment in the dark but don't currently have the facilities to do so. Does it make no sense to try homebrewing in that situation?

Whoever you are, and for whatever reason you are reading this article, the gist of the answer is.

Fermented beer should be kept out of direct UV light whenever possible. When choosing a storage location, the opaqueness of the brewing container is important, with large glass bottles requiring a darker environment or covering. More opaque containers can be placed in a dark corner of an open room, but still avoid direct sunlight.

But again, that's just the gist of it. I want to dive into the reasons behind the answers, because the more we know, the better we can make the best decisions as far as our brewing equipment and methods are concerned.

Frankly, we want beer that tastes great and that we can get drunk on if we're asked. Letting light shine on our beer may hinder those plans.

Why should we continue to ferment beer in the dark?

Now, maybe some of you will say, "There's nothing wrong with a little skunkiness!"

But that's the problem: Light-exposed beer (as direct UV light is called when it hits beer) is not just "a little" skunky, we're not talking about the kind of skunkiness that makes your palate read like "bitter hops' and makes you smack your lips in delight.

Ever smelled a skunk? Evolution has given them the ability to spray sulfur compounds on anything that might kill them. The stench of sulfur is a legitimate weapon approved by Mother Nature!

Do you know why hops give beer a bitter taste? They contain compounds called isomerized alpha acids. (Actually, for technical accuracy, hops contain alpha acids that are isomerized when we boil the wort.)

In any case, when the beer is exposed to light, these isomerized alpha acids react and transform into an off-flavor called 3-methyl-2-butene-1-thiol.

The chemical name is literal, something useful, and the "-thiol" part is an indicator of the presence of sulfur.

Also, let's not forget that yeast is another key ingredient in alcohol production, and it is a fungus. Anyone who has ever accidentally grown a fungus probably did so after leaving something in a dark, moist environment for a while (for example, your feet in socks, God help you). 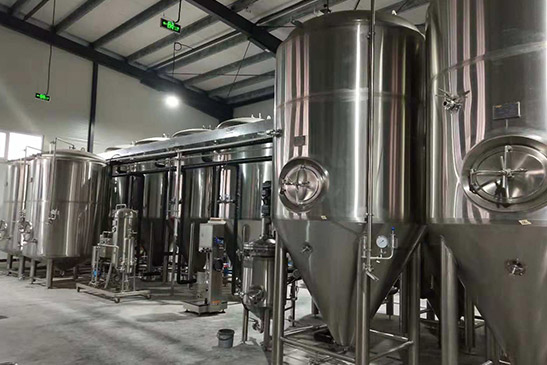 What to ferment your beer in?

There are two main options for brewing vessels: large bottles and fermentation kegs. The magnum has a narrower neck and is usually glass or plastic. Kegs, on the other hand - as you have observed for yourself - are opaque.

Now that you know the dangers of pale ales, you may be wondering why on earth anyone would want to ferment in a magnum, a container that is opaque and therefore absorbs more light.

Honestly, there are advantages to both types of containers. You'll find many home brewers prefer the magnum, and many others prefer the keg.

Myself, I like to use different fermentation vessels for different situations. If I am chilling wort overnight, then a tempered glass fermenter is better.

This is because there is less potential for chemical leaching when adding wort at high temperatures, which can happen with plastic. However, in most cases, I would choose plastic fermenters because although they are a bit difficult to clean, they are less likely to break.

Where do I store my beer while it ferments?

Where you store your fermented beer really depends on whether you are using a vat or keg as a fermentation vessel, but there are some general rules for any situation.

You want a dark, temperature-controlled, stable place. By "stable," I mean the container won't move for any reason - it won't shift to another table when it gets in someone's way, it won't be bumped by a careless passerby, and it won't be reached by a toddler bent on experimenting with force and gravity.

You get the idea.

Let's break it down in more detail and take a closer look at how darkness, temperature control and stability can be maintained by brewing vessel type.

If brewing in a keg, the natural opacity of the vessel works in your favor. I've heard of home brewers placing their brewing kegs in a corner of their living room, for example, where they won't get direct sunlight. Their beers turned out great.

Before I upgraded to a temperature controlled cooler, I personally used to put it at the bottom of a shelving unit and cover the fermenter with a small curtain.

You have to be more careful if brewing in larger bottles. You definitely want to use these as dark as possible: for example, a dim corner of the basement or a closet.

If there is an uncovered window anywhere near the vat, you will need to cover it (the window or the vat, but preferably the vat) as soon as possible. 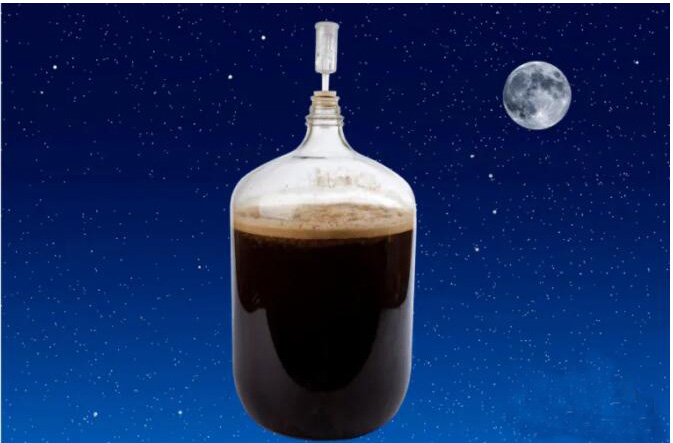 However, different yeast strains will have slightly different temperature ranges, so be sure to check any instructions on the package and aim for the middle number.

And don't forget that the fermentation process itself is exothermic (i.e., exothermic), so it can raise the temperature inside the brewing vessel 8 °F (4 °C) above the outside reading.

Both the kegs and the vats should be stored in a place where the temperature can be controlled. In either case, a fermentation chamber can be a very useful piece of brewing equipment, especially in climates where the ambient temperature is not suitable for brewing.

The reason we don't want our fermentation vessels to be moved is because this may shake the fermented beer inside.

Why is shaking bad? Well, think about what happens if we beat an egg with a whisk or shake the drink in the bottle - we are causing aeration.

The only time we want to get oxygen into the beer is after we boil the wort, but before we put in the yeast. Any other time, we're in trouble.

What can you do if you're brewing in a place that doesn't have a dark storage area - no closets, basements, etc.?

No worries! You have options!

First of all, why not brew in a fermentation vat? It's opaque, so it's half the work done for you. Even if you don't want to buy a dedicated brewing bucket, you can find food-grade containers that can do the exact same job.

Other than that, cover your bottles with a blanket or T-shirt, or even a cardboard box.

If you want something more permanent, buy blackout curtains for your brew room, if that's an option.

And a trusty beer cooler. It's nice and dark in there.

If you are doing a secondary fermentation and need to change vessels, you don't need to do it in the dark. That is overkill. But try to avoid doing it outside, moving the fermenter (which may stir up dead yeast) and splashing water (which may cause oxidation).

A good rule of thumb is to remember that any light in the UV range - even artificial - can make beer stink, and the sun is obviously the biggest culprit.

However, not every type of artificial light will produce this effect.

It's all about wavelength.

The wavelength range of light that tends to produce skunk is about 350 to 550 nm. At 350 nm, you are at the high end of the UV range. At 550, you have reached the visible range.

Halogen and incandescent lamps tend to have longer wavelengths and do not cause beer to stink, but note that they do emit some skunk level wavelengths. Nevertheless, these lights are unlikely to produce odors in fermented beer.

However ......LED or fluorescent lamps typically peak at around 400 nm. Beer is more likely to exhibit a skunk smell when exposed to these two substances.

Therefore, if you are fermenting in large bottles, be sure to cover them if the room is illuminated by LED or fluorescent lights.

Where do I store my fermented bottled beer?

We should store bottled beer in a dark and temperature-controlled place.

After you have capped the bottles, put them somewhere at fermentation temperature for two weeks to allow for the carbonation process. If you have a fermentation chamber and it does change the outcome of my brew, then it's best to keep the bottles there.

When I bottled, I literally stacked my beers in the fridge and then put the cardboard in a lower place and put all 60+ bottles in there.

After that, put them in a cool place.

How long can beer ferment?

It usually takes 7-14 days, but you can age beers with higher ABV in secondary fermenters.

Now, most home brewers don't even use secondary fermenters these days, but one thing to say is that in some cases, primary fermentation is too long, as it can lead to a grassy taste.

This is a personal choice you need to make and the real issue is oxidation (from transferring the beer) versus off flavors from autolysis.

Many home brewers like to start fermentation before they go on vacation.

Can light stop the fermentation of your beer?

Light will not stop fermentation, but other factors will: temperature issues, lack of oxygen before fermentation and old yeast are the main culprits there.

If your beer is not fermenting, there are steps you can take to fix it.