Why is Craft Beer Growing in Popularity?

Craft beer is a global phenomenon that has grown rapidly over the years. Some of the most famous and highest quality breweries are located in Europe and the United States, but not only that. Other countries such as Canada, China, Vietnam, Japan and Australia also boast of their world-class craft beer production. It seems that there is a slow but steady global desire for craft beer. 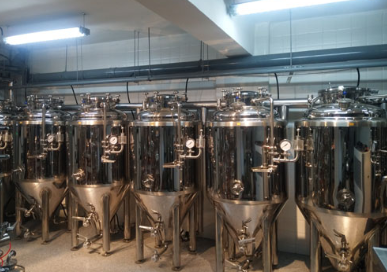 Why is Craft Beer So Popular?

There are many reasons to explain the awesome world-wide craft beer phenomenon. The following is a brief analysis of the basics.

The fundamental value of craft beer is that craft beer drinkers are willing to pay a little more for the taste, flavor, variety and higher alcohol content of the beer. The amazing flavors that craft beer offers are fine-tuned, tweaked and aged to provide the great taste and quality you won't find in regular beer.

Home brewing is a fast spreading hobby. Everyone can try it using a simple home brew kit ordered on the internet. After that there is no need to invest in any equipment except for beer recipes. Then, the next step is to create a microbrewery. Finally, we have craft beer production on a much larger scale.

Buying used brewing equipment, large or small, or importing equipment from other countries/regions at affordable prices is now common practice and can help people take the first step in brewing.

Home brewers have taken a step forward by experimenting with new flavors, ingredients and recipes.

Craft beer pairs very well with almost any food. Great for barbecues and outdoor events. White meats (chicken/fish), seafood, pasta, carpaccio, cheese and desserts are a must. The style of beer that matches the right food will blow your mind.

Similar to art, craft beer offers a wide variety of flavors and styles that make it stand out in the overall beer market. As flavor becomes an important part of the growing beer puzzle, small breweries and breweries alike are constantly thinking outside the box to offer their customers the variety of beers they crave.

Over the years, breweries have changed the way they produce and brew beer. As the market demand continues to grow, so does the need for new and unique beer options. Breweries are always striving to stay ahead of the curve by bringing interesting and creative beverages to their customers.

Are you interested in learning more about craft breweries for sale and how they can benefit you? Contact us today to secure an expert consultation!