How to chill wort without wasting water?

As an avid brewer and very environmentally conscious person, the amount of water needed to "chill" an average sized batch of beer is heartbreaking.

My first attempt at using an immersion chiller was terrible. Not only was the wort chiller undersized and underlength, but it leaked badly, causing more water to be wasted.

When starting it up, I was unaware that it was only cooling a small portion of the wort, causing more water to run down the drain.

The main way to reduce water waste when cooling wort is by reusing or using used water and reducing total consumption. When using a wort chiller, increasing surface contact and efficiency is key to cooling the water source as much as possible. Cooling the wort overnight is another viable option.

I researched every scenario I could think of and tried various ways that I could save water while brewing great beer. Just to do my best for the planet and the brewing community, I have listed all the results in this article. 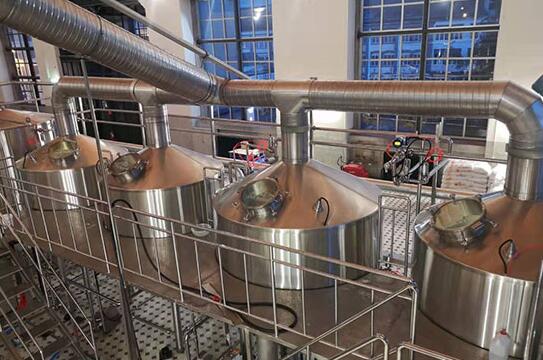 So, just to make sure we're all on the same page, let's quickly review the more conventional methods brewers use to chill their wort and briefly explain why we do it.

Most brewers will choose an ice bath when they first try to make beer, mainly because they are only using a starter kit and don't have a wort chiller yet.

There are three main types of wort chillers and a range of different models. They are immersion chillers, which are placed directly in the brew kettle, and counterflow and plate chillers, which pump both wort and cold water through them.

Of the two, the wort chiller uses the most water when used in the conventional way.

Although we are trying to conserve water, it may be useful to know how much water you can save by making some changes to your brew day routine.

Or, you can use some math.

So if you fill a container, whether it's a 1-gallon magnum or a 0.25-gallon jar, you can later multiply by 4, which will give you the starting flow rate for your garden hose/faucet.

If you did the same thing but collected water through your wort chiller, you would immediately know how much water you were using per minute.

On average, an immersion chiller takes 15-25 minutes to cool a 5 gallon batch of wort, while a counterflow or plate chiller takes closer to 5-15 minutes. Of course, there are many factors at play here, and it's not easy to give a definitive answer to how long it will take in all cases.

So, if you have a flow rate of 3 gpm, you might need 60 gallons to cool 5 gallons of wort. That's crazy!

Personally, I buy my brewing water from the supermarket, usually in 1.5 gallon plastic bottles (6 liters). Over time, I have collected many of these bottles and they are perfect for collecting water from the business end of my immersion wort chiller.

Obviously, as you cool the wort, some of the water you can collect will get piping hot and some will be cooler, so you can even use that water for different tasks around the house.

Keep in mind that the water you pump through your wort chiller is in most cases very clean. However, I personally know that some wort chillers are a little greasy initially, so I wouldn't drink that water or use it in cooking.

✷Make ice for ice baths (not for your drinks)

✷Showering (you are a true eco-warrior)

If you can, then you can use rainwater to clean your brewing equipment and cool your wort. Of course, while this uses a valuable resource, it is far less wasteful and essentially just "borrows" nature's water before sending it back to your backyard. 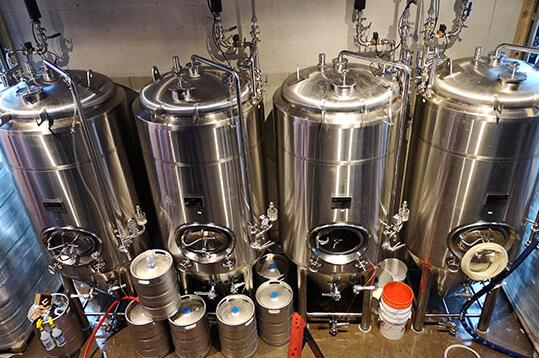 3. Save more water: use less water

When it comes to reducing water use, a few things come to mind.

So whether you allow 1 or 1 million gallons of water to flow around it, the wort will never be cooled below the temperature of the cooling water itself.

So this means you need to do one of two things.

1) Stop using the wort chiller when the starting temperature of the water is reached, and then rely on the ice bath.

2) Cool the water you are using to or below your target pitching temperature.

For option 1), if we assume you are conserving water for later use and stopping the water flow when it becomes excess, then this is a good way to stop wasting water excessively.

However, option 2) is much better because it cuts the amount of water you actually use in half, if not more. There are two main ways to immediately cool your cooling water.

As I said, there are two main ways to chill the water you use in your wort chiller to or below the temperature you need before you can pitch your yeast

If you have access to two chillers, one of which is a wort chiller (25 feet or more is perfect), then you can set up a series system to help you cool the water immediately.

However, you still need to consider collecting and reusing the collected water. So, maybe Method B is better for you.

An alternative to creating a cascade system is to create a completely closed cooling system that can reduce water usage to 10 gallons.

Here, you need a beer cooler filled with ice water and a regular aquarium pump to force the water around the loop. Basically what happens is that the ice water is forced through the wort chiller and then poured back into the same container as the warm water. Of course, you need to keep filling the cooler with ice as it melts, but you're actually using much less water overall.

The colder water can then be used for cleaning, washing or watering. It's not a perfect system, but it's a lot less water than opening the faucet and pouring all the water down the drain.

To cool your wort faster and hopefully use less ice in your beer chiller, you can use ice to cool the wort in your brew kettle more directly.

This can be accomplished by placing the entire brew kettle in a deep ice bath with adequate coverage underneath and to the sides of the container. You can also calculate evaporation rates and replenish the wort by placing clean ice cubes directly into the wort. I have researched this thoroughly and although many brewers have never done this, it is a viable option to conserve water.