What Makes a Beer a Craft Beer?

Interest in craft beer is on the rise, and people are learning more about beer and discovering their favorites. However, not many people understand what craft beer is and how it differs from regular beer. 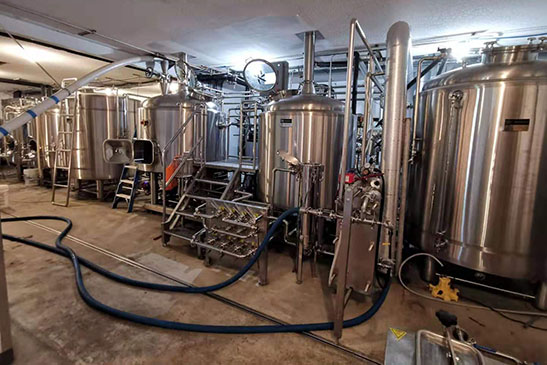 Craft breweries use timeless methods when brewing craft beer. Unlike larger breweries, they use quality local ingredients in their recipes. For a beer to be labeled as a craft beer, it should use real malt. Because of this, craft beer has more flavor and has a better texture and dimension.

Another major difference between craft beer and regular beer is that craft beer is usually unfiltered and not pasteurized. The brewer also does not add any preservatives or chemicals to the beer. This gives the beer a richer and arguably more interesting flavor.

Today's craft brewers utilize the best of old-fashioned brewing methods while adding some new ingredients and interesting new techniques. Their goal is to push the boundaries of style and taste as much as possible. This is what makes craft beer more unique and memorable than regular beer.

So what is it that makes a beer a craft beer?

Craft beer is carefully crafted. All of the raw materials used must go through a rigorous selection process before they can be used in brewing. These are the typical ingredients of craft beer.

Malt. The main ingredient in craft beer is barley malt. To create this malt, barley is soaked in water and allowed to germinate. The malt is then heated to abort the germination process. The malt can then be roasted to produce the flavor of the beer.

Hops. Another well-known craft beer ingredient is hops. Hops are responsible for giving craft beer a hint of bitterness. Not only do hop varieties give craft beer some bitterness, but they are also used to bring out the flavor of tropical fruits and even fresh grass.

Yeast. You can't brew craft beer without yeast. Yeast is necessary to ferment beer. The type of yeast used is so important that most brewers keep its identity a secret.

Water. Craft beer is brewed with high quality water. The characteristics of the water used for brewing can affect the outcome. Most brewers take the time to make sure the water has been filtered and purified.

Although craft beer is made with these four main ingredients, it is far from simple. Experienced brewers will also use other specific ingredients to enhance the flavor of the beer and make it unique. These ingredients include peaches and cloves, to name a few.

This is one of the most important stages in the craft beer brewing process. While all types of beer have a first fermentation, craft beer has a second fermentation. This process produces a natural gas made from yeast. This gas is absorbed by the body more efficiently than carbon dioxide, which is usually artificially infused into regular beer.

The variety of craft beers available is overwhelming. At a basic level, these beers are categorized by three types of yeast. These include ale yeast, brewer's yeast, and self-fermenting yeast.

Whether you need more information, samples, a quote, or advice for a project, we would be delighted to talk to you.