How Do You Keep A Beer Keg Cold?

Let's face it, no one likes warm beer, and most people don't. Keeping a beer keg cold can be a little tricky if you are transporting it or enjoying it outdoors for an extended period of time.

I have a big social event coming up and I wanted to find out the best way to keep the keg cold while "on site". So, here's what I found.

Bags of ice and plastic buckets are the simplest, cheapest and most readily available items you can use to keep your kegs cold. For this reason, this tried and true method has been around for a long time. There are more efficient and effective methods such as using a cooler, keg blanket/sheet or kegerator.

In most cases, we all know how to use ice and tubs, but may not be aware of other options. Also, there are better ways to cool kegs for different situations. Depending on the venue and the weather, I will go over the best ways to keep your kegerator cool.

Do I really need to keep my keg cold?

In almost all cases, yes, you do need to keep the keg cool. If you don't keep it cool, first of all it won't be as refreshing on a hot day. Secondly, if you let it get hot or even very hot for a long time, it may turn sour and taste funky.

Another byproduct is that when you try to pour it, it gets very frothy, which is a waste of beer and can be messy. The reason for this is that warm liquids contain less gas than cold ones. Therefore, the carbon dioxide that was previously dissolved in the cold beer will spurt out of the tap when it gets hot.

Now, there is an argument that you can serve a decent ale at room temperature (20-22°C / 68-72°F), and I grew up drinking such beers since I was a teenager. However, most people would only expect a cold beer, especially on a hot day! 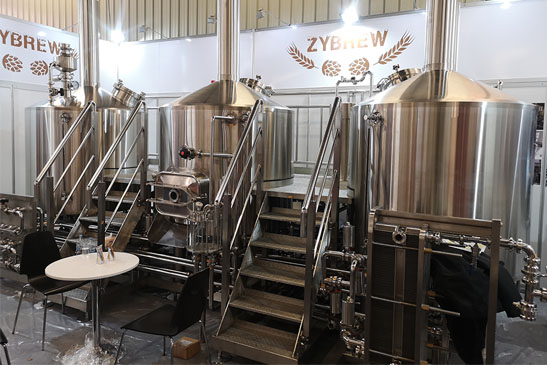 Where should I put my keg before I drink it?

You don't always need to store your kegs at freezing temperatures. In most homes, there are several places where it will be sufficient to keep it for at least a few days even in the summer.

► Basement - This option is better suited for those in the north, but an old ice cellar will work too.

► Cooler/Tub - Just keep it in a cooler/tub with a little ice.

► Shed/Garage - These may or may not get hot, but will work well in combination with a cooler.

However, in order to keep your beer cooler for longer, you may need to chill it before bringing it to its final serving location.

Will adding salt to the ice in the cooler make it colder?

If your goal (everyone's goal) is to keep your beer colder for longer, it's best to add some water and salt to the ice. This will make your beer start to get colder, which means it will stay colder longer. As long as you have a good cooler for the keg, the ice will melt faster, but the rest of the water will still be cold.

Now, I won't pretend I understand the physics behind this (something about a lower freezing point), but try it and you'll find it very effective!

Another great tip is to try buying your ice in larger chunks rather than smaller ones. The larger the surface area of the ice, the faster it will melt. This means that an open tub filled with ice will lose its cooling power faster than the same tub filled with ice.

Keeping your kegs cool around the house

Whether you make your own beer or not, a great way to keep and enjoy beer for everyone is to have a keg. That way you can enjoy your favorite beers (even your own brews) and enjoy them at your own home bar.

Now, if you are going to buy and make this amount of beer, you really want to invest in a kegerator. A kegerator is about the size of a small refrigerator and can easily be placed around the house or in the garage.

If your goal (everyone's goal) is to keep your beer cold for an extended period of time, it is best to add some water and salt to the ice cubes. This will start to chill your beer, which means it will stay colder for longer. As long as you have a good cooler for the keg, the ice will melt faster, but the rest of the water will still be cold.

Now, I won't pretend I understand the physics behind this (something about a lower freezing point), but try it and you'll find it very effective!

Another great tip is to try buying your ice in larger chunks rather than smaller ones. The larger the surface area of the ice, the faster it will melt. This means that an open tub filled with ice will lose its cooling power faster than the same tub filled with ice.

There are many different types of campgrounds and campers. While some people prefer to camp in/from their cars, some people just have a tent while others go camping. Besides the outdoors, a great thing that brings us together is beer.

The advantage of bringing a keg when camping is that you will have less cleanup if you use a reusable mug. Also, campgrounds tend to be shaded, which helps keep the beer cool.

You can use the tried and true method of ice and tubs, but it's pretty obvious that national parks don't allow alcohol, although it's rarely enforced as long as you're not obvious and belligerent.

So, here are some more "secret" ways to keep your beer cool outdoors. 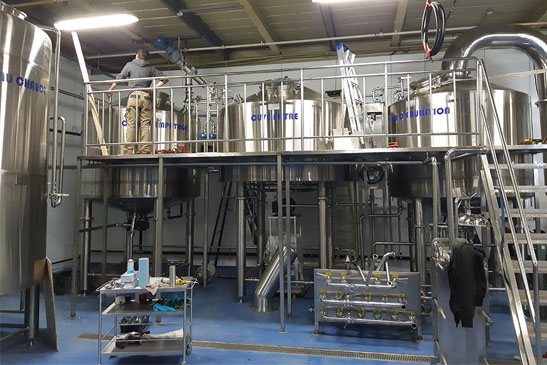 Take the keg to the beach and keep it cool

This is the hardest thing to do. The sun is hot, even on the drive there, and the sand is everywhere, and I mean everywhere. If you have a jockey box you can take it with you, but please note that you want to keep all connections as sand free as possible.

Insulators or coolers/ice buckets are the most common methods most people use. The problem is that they either rely on electricity or ice, and they can melt or even evaporate extremely quickly. Obtaining more ice can also become expensive and cumbersome if someone has to drive to the store. Since you don't want to drink and drive, it's usually the same person every time.

The best method I have found for the beach is to bury a small bucket in the sand, which is a bit time consuming and labor intensive. You just dig a hole to put the keg in, put the party tap on first, and then cover it with sand.

If it's not legal on that beach, this not only keeps it cool, but it can be hidden for children and local law enforcement. It also reduces waste and cleanup.

Be sure to bring a shovel or two, though, or digging the hole may take a while. It's also a good idea to put something over the faucet so people don't touch it. You can find some sticks and pull the area out of the way, or better yet, put chairs next to it so you don't have to stretch for the next pint!

Travel with a wine barrel

Bringing your homemade keg, or whatever else you're knocking on the door for a vacation seems easy enough, but there are a few things to consider.

1. You first need to make sure the keg doesn't roll around in the seat or trunk. Not only will the keg damage your car, but it will take longer for the beer to settle when it arrives.

2. Do not leave them in the car for long periods of time. If it is summer or you live in a hot place, the beer may spoil from sitting in the heat.

3. If other people are driving the car, make sure to inform them that they have a keg. This is for safety and if they are under 21, it is illegal to transport it in most states (and probably other countries).

How do I transport my homebrew kegs?

Since you are making your own beer and not mass producing it, your kegs will not move and keep as well as a normal mass produced beer. That's okay, you just want to be wary of this and not leave unpasteurized beer in the heat.

I recommend that you transfer, carbohydrate and cold press your beer into the keg before leaving (or whatever your method is). Keep it as cool as possible en route, and once you reach your destination, let it settle for a while before you click it. At least 24 hours is best, or as long as your thirst can hold out! This gives you the best chance to keep your beer clear and taste intact.