Beer is regarded as liquid bread by many people. In fact, Germans really like to drink beer. In the fourteenth and fifteenth centuries, the priests of the Bavarian monastery needed to strictly observe the pre-Easter fasting prohibition from eating. A brown liquid formed by the natural fermentation of barley would allow them to recharge during this time, so the German beer slowly developed under the influence of the priest. Until now, many monasteries in Bavaria have their own wineries. Another very important reason is that during the Middle Ages, health and medical conditions in Germany were not ideal, and beer was more “hygienic” than daily drinking water. Since its development, Germany has had a strict beer law that stipulates that beer can only be made from Wasser, Malz, Hopfen and Hefe.

We supply Beer Fermentation Equipment and Beer Storage Equipment, welcome to contact us. 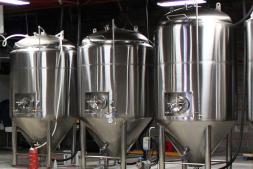