As a Distillery Equipment Manufacturers, I have some small knowledge to share with everyone. Liquor has a compound fragrance based on esters, a variety of flavors and wines, and a variety of starches (sucrose) raw materials, which are brewed, saccharified, fermented, distilled, aged and blended. liqueur. Strictly speaking, the blended wine blended with edible alcohol and flavor is not considered white liquor. Liquor is mainly concentrated in the upper reaches of the Yangtze River and the Chishui River Basin in Guizhou Renhuai, Sichuan Yibin, and Sichuan Yinzhou Triangle. It has the world's largest and best quality distilled liquor producing area, namely Mao Wuyi, the three famous Chinese wines, and its liquor industry. The cluster set off half of the Chinese liquor industry. 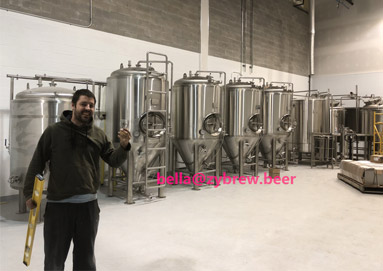 For the Micro Brewery of traditional small tank brewing customers,a little bit of flavor in the liquor is not only a problem, but may become a selling point, because it is equivalent to silently prove to the customer that the sale of pure grain wine. But what about the white wine that has a clear paste and has a near-influence on the taste? Don't worry, today we will solve this problem.

Liquor tasting is mainly to describe the sensory characteristics of the wine, to accurately find out the advantages and disadvantages of the liquor color and to judge the quality of the liquor, which is one of the important functions of liquor evaluation.

Because each person's vision, smell and taste are different, and there is a difference in understanding of aroma and taste, leading to a deviation in the understanding of wine. Therefore, we do not have a unified opinion on the sensory perception of liquor, especially the aroma and taste. It is difficult to reach a consensus on the same wine and consumers' perception of their senses.

The first thing to note is that the reason for the taste of the liquor is two. First, the fermentation is not enough. Second, the Beer Distilling Unit used has an automatic anti-stick function. The solution to insufficient fermentation is to change the koji, which not only solves the problem of paste pot, but also raises the rate of wine production and the output of wine. The wine source liqueur is one of the best koji on the market, and has strong fermentation capacity. The quality of the wine is good, welcome customers to buy). On the other hand, Brew House Equipment has an automatic anti-stick function. Another reason for recommending this equipment is that it is a national patented device, which is an energy-saving device that can save fuel for customers and greatly reduce costs.

Only solving this problem from this fundamental reason is the key to solving the potty taste of liquor. If it is only a cure, it will solve the problem every time, not only delays the time to delay the business, but also reduces the economic income of the customer. Let's talk about the treatment of white wine that has already been tasted. First, you can choose to buy our company's equipment. After filtering, you can remove all kinds of miscellaneous taste. Another method is to buy a few kilograms of activated carbon, which can also be used to get the taste of white wine. The reason is that there are many tiny pores on the surface of activated carbon, which has good adsorption and can absorb this paste.