What's the difference between craft beer and industrial beer?

This article takes a look at the difference between craft beer and commercially manufactured, mass-produced industrial beer.

What is craft beer?

Craft beer is the earliest type of beer that we know of. It was made long before industrialization and mass production took over. As we find out today, the United States is the birthplace of modern craft beer.

The characteristics of craft beer: the product is made without additives and contains no artificial additives or flavorings. 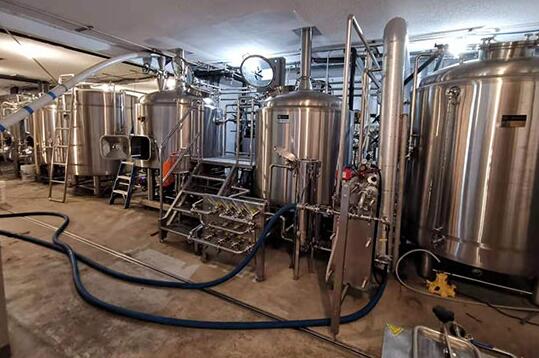 How is craft beer brewed?

The production of craft beer takes a lot of time. First, you need to crush the malt to extract the starch inside. Then, the grain mixture is steeped in hot water so that the starch can begin to convert to sugar. Without sugar, the beer will not produce alcoholic compounds.

The next thing to add is hops. Then, more water is added and the malt, hops and water are simmered together in a vat. By cooking the hops with the sugar released from the starch, when the yeast is added it mixes in some lovely sugary particles that begin to convert to alcohol.

Because of the malt, craft beer has a much stronger flavor than commercially or industrially produced beer. Craft beer malt can contain wheat, but usually the malt component is barley. This is what gives craft beer the wonderful aroma of toast, warm oven baked bread or even cookies.

The world needs industrial scale beer production. How else can manufacturers get prices across to budget-conscious consumers? Also, let's not forget the huge amount of beer that is consumed every day. No craft beer producer can meet the global demand for this super popular drink.

There is no doubt that craft beer is an art, and it is this uniqueness that makes it appealing to a different audience. Craft brewers create new beer recipes using ingredients such as mountain spring water, specially crushed and roasted malts, and even hops from hard-to-get organic hop producers! Traditional brewers simply don't have time to fiddle like this.

Their goal is to produce thousands of liters of beer to maximize revenue while lowering the price of their product.

Craft beer is carefully brewed using exclusive ingredients, most of which are usually sourced locally. These raw materials are selected through a rigorous selection process before being allowed to become part of the brewer's recipe.

During fermentation, yeast can float above the beer mixture. Most top fermentation occurs in craft beers.

Industrial ale yeasts ferment from the top down, with the main fermentation process being completed at the bottom. This means that no one needs to control it all the time, making it ideal for large-scale beer production. Because industrial beers are clarified after fermentation and not fully fermented, they are produced much faster.

The temperature during craft beer fermentation ranges from 16 to 26°C or 60 to 78°F. Because craft beer fermenters are usually small, brewers are able to oversee this phase of beer production for high quality control and superb observation.

During the quieter secondary fermentation process, the yeast begins to work on creating more complex flavor and aroma compounds. Solids settle out of the beer mixture and the flavor mellows. This is when the green, pungent flavor of the beer changes to a strong, grainy, well-balanced flavor.

Large industrial brewers need a lot of space to accommodate their fully automated plants. Hundreds of thousands of barrels of beer must be made, packaged and distributed every day. For all the homesick consumers living overseas, industrial brewers must ensure that their customers can also drink their beer.

Craft beer is often produced in what are called microbreweries. These are small, compact breweries that usually feature a number of functions performed manually or semi-automatically. The "human element" is an important part of craft beer production. 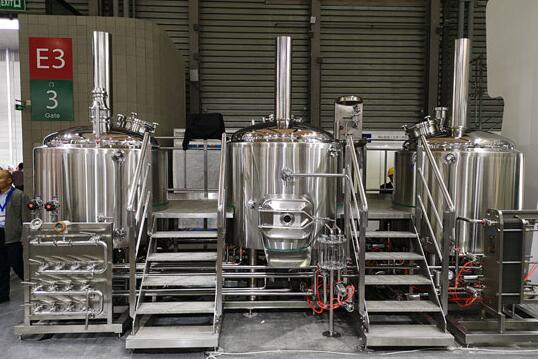 Due to the large scale of production, industrial beer has different quality controls. Quality ingredients and time must give way to the cost efficiency of mass production. Only the cheapest ingredients are used: rice as a cheap starch, flavoring, vitamin C for O2 reduction, and propylene glycol as an antifreeze preservative. Many of these ingredients are responsible for the "hangover" people feel when they drink beer the next day.