In 2014, China imported 18 million liters of beer, a substantial increase of 66% year on year, this increase create a new history of China's beer import and export miracle!

In China, the most imported beer is German beer, which replaced the first imported Mexican beer in 2012. The pure color, strong taste of beer has become a lot of people on the tongue of the temptation.

Now, there are beer that is more fresh than the import of German beer, it is from the micro-brewery beer brewed into the leading beer cup. The so-called micro-brewing, also known as hand-brewed beer, which move the narrow winery into the bar, beer brewed to the customer at the scene, micro brewery, Turnkey Brewing System have become the most popular brewing methods. 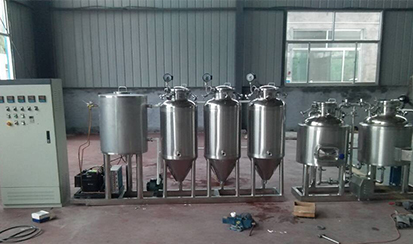